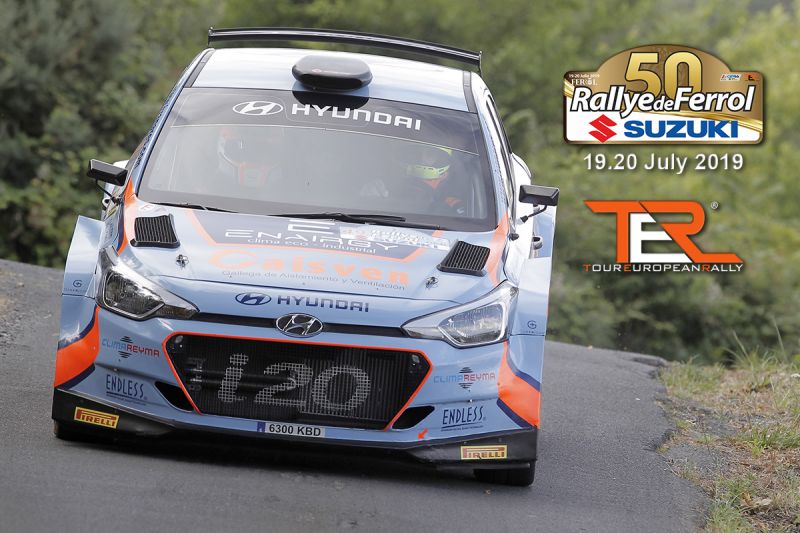 The third round of the 2019 TER – Tour European Rally, 50th edition of Rallye de Ferrol, organized by the Escuderia Ferrol, will take place on July 19th and 20th in the province of A Coruña, in Galicia, in the beautiful city of Ferrol, famous harbor on the Atlantic coast in north-western Spain.

Rallye de Ferrol is one of two new events to join in the 2019 TER - Tour European Rally.

The 50th Rallye de Ferrol, also 6th round of the Spanish Rally Championship, awaits the Tour European Rally crews: join the crowds on the Iberian roads, don't miss it!

Entries for the Rally will be accepted until 09:30 (UTC) of Wednesday, the 10 of July, the registration form can be found here

Registration in Tour European Rally series is available here until July the 18th.