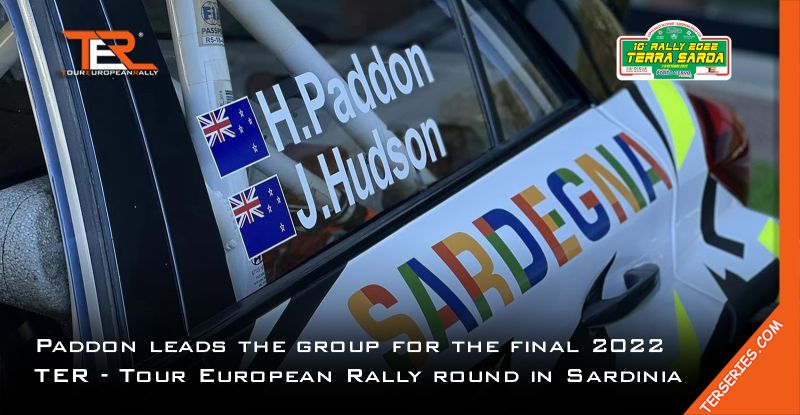 Two must be the lucky number on the roads of Rally Terra Sarda, last round of the 2022 TER - Tour European Rally: two title fights, TER Overall and TER Historic, over two days of action, both with only two contenders.

The two title contenders will also have to face 2017 JWRC and WRC3 World Champion Nil Solans, from Spain, on a Skoda Fabia Rally2, codriven by Luka Larrosa.

Also on a Skoda Fabia R5, Pierre Baltolu and Cler Gielles will take the challenge of Sardinian roads, which will be really enjoyed by the Italian crew Emanuele Farris - Giuseppe Pirisinu on the rear wheel drive Abarth 124 Rally RGT.

In the TER Junior, Mexican brothers Patrice and Nicolas Spitalier (2021 Junior NACAM champions) will continue their learning curve on a Peugeot 208 Rally4.

In TER 2WD, the local Michele Liceri, codriven by Salvatore Mendola, will compete on a Peugeot 208 Rally4

Final title showdown also in TER Historic, where Tim Metcalfe (Ford Escort MK2), codriven by John Connor, will give it all to secure a second TER Historic championship, but Mèsziati (Lada 21011), codriven by Csaba Keleksenyi, won’t give up the fight easily.

There was an error running the query [You have an error in your SQL syntax; check the manual that corresponds to your MariaDB server version for the right syntax to use near 'AND visible=1 AND lang=1 ORDER BY ord,title' at line 1]