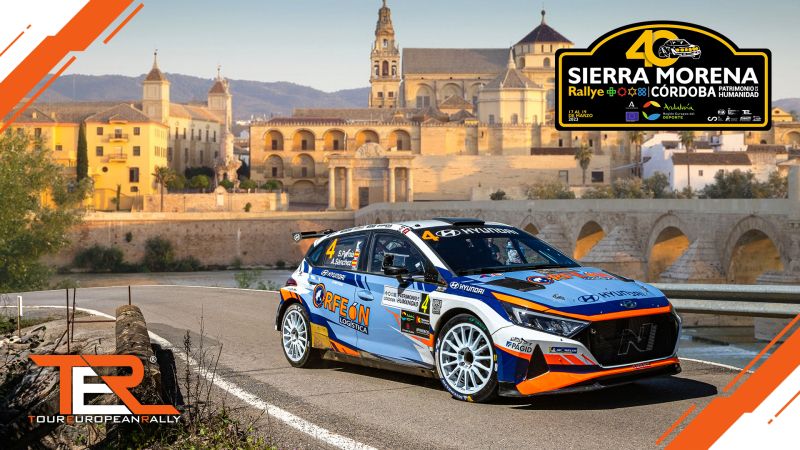 The TER Series Promoters and Organisers are delighted to welcome a new round to the TER Series. Rally Sierra Morena, which will celebrate its 40th edition in 2023, will feature in the coming season of the newest concept of Rally series.

Based in Cordoba, a Unesco World Heritage site in the south western Spanish Andalucia region, the event is run on fast and challenging tarmac stages.

Luca Grilli, TER Series Promoter and Organiser, said: “I am delighted to welcome Rallye Sierra Morena in the TER Series. We have been discussing for years with the passionate organisers of the event, and at last in 2023 the Rally will be a round of the TER Series and TER Historic. As well as a great opportunity to expand our calendar and reach, I am sure that the Spanish roads will offer new and exciting challenges and atmosphere, which we are all looking forward to, as well as adding more Unesco World Heritage sites to our stunning locations. Rallye Sierra Morena will celebrate its 40th anniversary, and becomes the 20th different event to be part of the TER Series; While we are still remembering the great sporting duels and outcome of 2022, I cannot think of a better way to start working towards our 8th season.”

Manuel Muñoz, president of the Automóvil Club de Córdoba, said: “It is an honour for the “40th Rallye Internacional Sierra Morena - Córdoba Patrimonio de la Humanidad - Trofeo Andalucía Región Europea del Deporte” to join the Tour European Rally in 2023, an event celebrating four decades and which has not only known how to recover from disappearance in 1998, but has overcome and believed in itself to be a benchmark for motorsports in Spain, with an international taste since 2013 and in the European Rally Trophy since 2016. This new step reveals the strength at institutional level with the strong support of the Junta de Andalucía, Ayuntamiento de Córdoba, Diputación Provincial de Córdoba and Instituto Municipal de Deportes, as well as a large number of companies so that Sierra Morena continues to grow and currently, hand in hand with the best national championship in Europe as the Spanish one, shows the rest of the world the touristic and patrimonial wealth of Andalucia, enviable throughout the world, of a city and province like Córdoba, the only one in the world with four world heritage sites.”