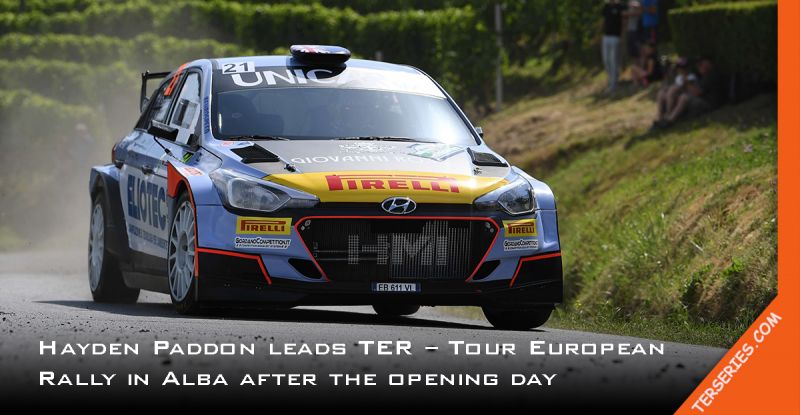 Changing weather conditions add to the challenge of the Langhe stages

With heavy rain falling on the Langhe Roero Monferrato – UNESCO World Heritage site – roads until one hour before the start, the tyre choice for the opening of Rally di Alba was all the more difficult.

Hayden Paddon and John Kennard were fastest with their Hyundai i20, ahead of the Citroën C3 Rally2 of Stéphane Lefebvre with Andy Malfoy.

12-time Italian Champion Paolo Andreucci, codriven by Rudy Briani on a Škoda Fabia Rally 2 took rain tyres after – admittedly – “having looked at the wrong weather forecast”, but managed to take third place ahead of the two sister cars of Massimo Marasso with Luca Pieri and Alberto Dall’Era -Luca Beltrame.

Guillaume Girolamo and Benjamin Betrisey started well for their first time in an R5 car, and lay eighth with their Ford Fiesta, ahead of 2021 Swiss Champion Mike Coppens, codriven by Renaud Jamoul on a Citroën C3.