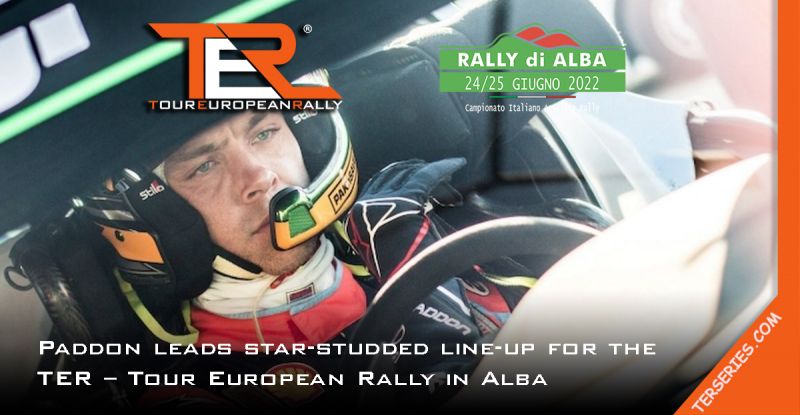 Round 4 of the 2022 TER – Tour European Rally has attracted a great number of champions, ready to fight over two days of competition, in the beautiful Piedmont Langhe region, Unesco World Heritage Site.

Frenchman Stéphane Lefebvre, 2014 WRC3 and JWRC World Champion, will drive a Citroën C3 Rally2 like the one he used to win the first 3 rounds of the 2022 Belgian Championship.

12-time Italian Champion Paolo Andreucci returns to the newest concept of Rally Series after winning Rally Città di Arezzo Valtiberina last year, driving a Škoda Fabia Rally 2 equipped with MRF tyres, with which he secured his 12th national title in the 2021 Italian Gravel Championship. A good result in Alba could mean a ticket for a maiden International title by the end of the season.

Guillaume Girolamo, who took TER Junior silver in Chablais, is stepping up to the R5 class, where he will be joined by another two local new entries, Massimo Marasso at his 7th participation in Alba and Alberto Dall’Era, who returns to Alba 2 years after his maiden experience.