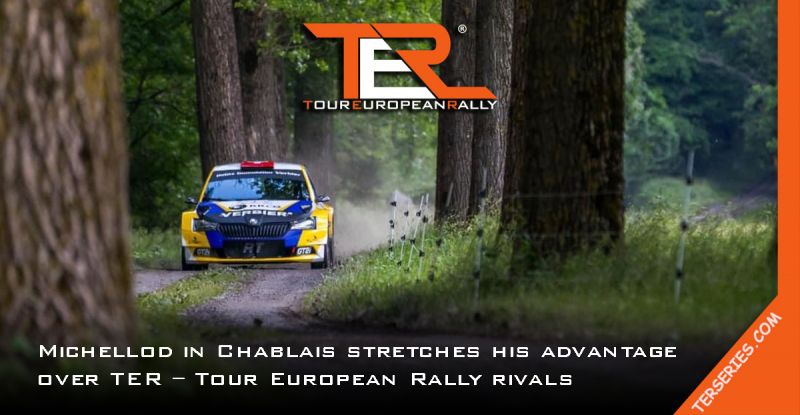 The Škoda Fabia Rally 2 of Jonathan Michellod and Stéphane Fellay got off to a great start on the second day of Rallye du Chablais, Round 3 of the 2022 TER – Tour European Rally. A string of fastest times allowed the crew to increase their lead on the sister car of Sébastien Carron, codriven by Lucien Revaz. The gap after SS 10 is 43”2.

The day’s dry conditions better suited Mike Coppens: sharing a Citroën C3 with Renaud Jamoul, the 2021 Swiss Champion fought back to climb up the leaderboard into fifth.

Good performances are also coming from the TER Junior crews:
Sacha Althaus and Lisiane Zbinden (Renault Clio Rally 4) have taken a steady pace, regularly increasing their category lead over the sister car, albeit in Rally 5 spec, of Guillaume Girolamo - Benjamin Betrisey. The final podium step is held by Thibault Maret, codriven by Andy Malfoy on a Peugeot 208 Rally 4.