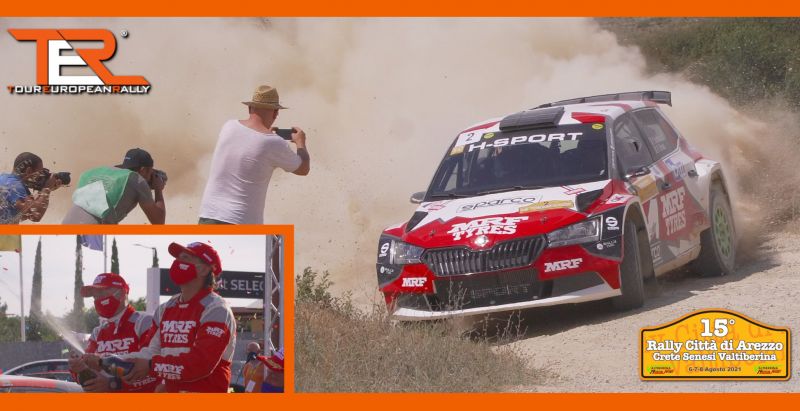 Paolo Andreucci, codriven by Rudy Briani on a MRF Tyres shod Škoda Fabia Rally2 secured back-to-back victory in the second round of the 2021 TER - Tour European Rally series. Four stage win out of the five sunday tests were not enough for Umberto Scandola and Danilo Fappani's Hyundai i20 R5, and the Pirelli crew had settle for second overall. MRF Tyres took double podium honours with Simone Campedelli and Gianfrancesco Rappa brilliant third place on board a VW Polo R5.

Nicolo Marchioro finished fourth heading a trio of Škoda Fabias: Enrico Oldrati ended his rally on a high setting his first fastest stage time on the final test and was fifth ahead of Jacopo Trevisani.

Luca Hoelbling lost some time but managed to retain seventh with his Hyundai i20, ahead of Simone Romagna's Fabia.

Amongst the retirements of the second day, Ecuadors' Martin Navas and Italian Francesco Tali went off the road.