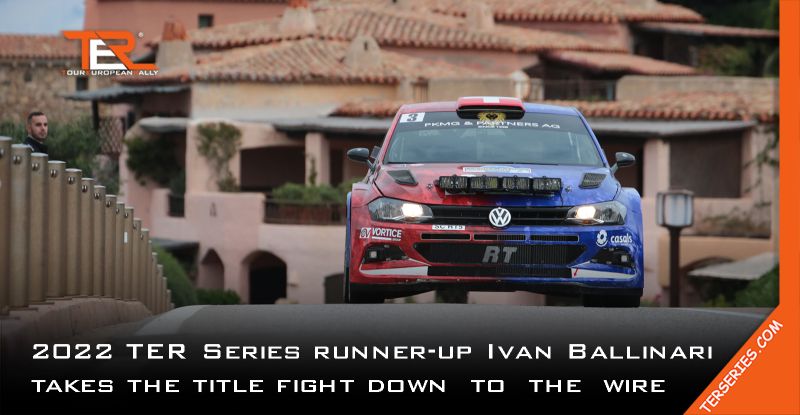 Second place in the standings after a brilliant maiden season

The 2022 TER – Tour European Rally season saw the title fight go down to the wire. With only a few stages of the final round to go, two drivers were tied at the top of the standings.

2-time Swiss Champion Ivan Ballinari eventually had to settle for silver, but showed great pace and the ability to adapt quickly in previously unseen terrain.

The season began with a third place “at home”, in Rallye du Chablais. In the following round, Rally di Alba, Ballinari was in contention for another podium finish when a puncture cost him precious time. He nevertheless fought back to finish fourth.

The 2022 TER Series’ final round, Rally Terra Sarda, provided the perfect background for the title fight. After the Power Stage, and the bonus points thereby awarded, Ballinari and Paddon were tied on points in the provisional lead.

On the beautiful Porto Cervo marina, at the finish podium, Ballinari took silver in both the event and the seasons’ standings, after a year-long battle.