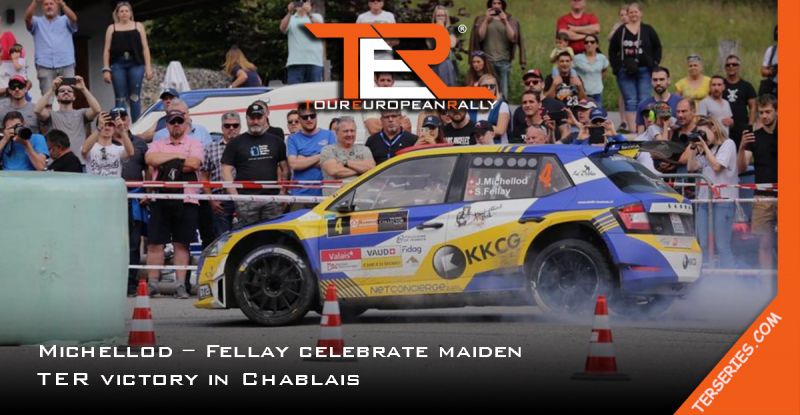 Carron and Ballinari complete the podium.

Jonathan Michellod and Stéphane Fellay secured their first victory in Rallye du Chablais, 2022 TER – Tour European Rally round 3, after leading from start to finish with a Škoda Fabia Rally 2. In the varying conditions of the opening leg, they had the upper hand over Sébastien Carron - Lucien Revaz. Driving a Škoda Fabia Rally 2, the multiple winners of the event’s experience could not constantly match the pace of their rivals, despite earning them some stage wins.

Just short of the podium, Cédric Althaus and Gaëtan Lathion were fourth with a Skoda Fabia, ahead of 2021 Swiss Champion Mike Coppens. Codriven by Renaud Jamoul on a Citroën C3, Coppens struggled in the opening day but showed good speed and stage-winning form on Sunday.