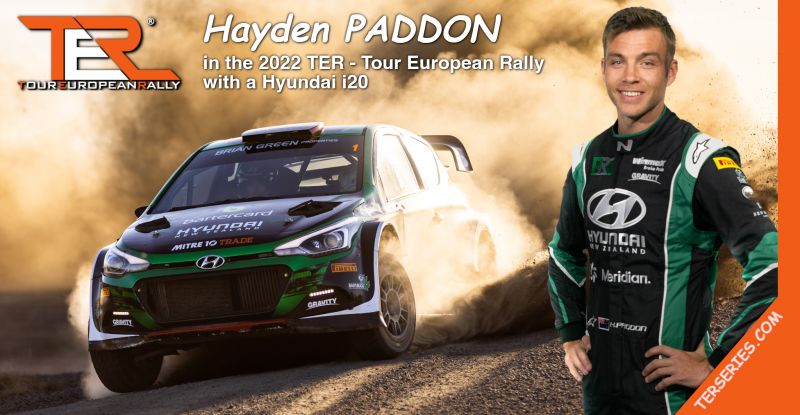 Hayden Paddon moves on from TER Ambassador and registers for his maiden season in the 2022 TER – Tour European Rally.

The Hyundai New Zealand driver’s TER programme will be announced in the next days, and will see him and codriver John Kennard contest some of the great events within the newest concept of Rally series; the 2022 TER Series have already received registration forms of crews coming from 12 countries, from Central and South America, through Europe to Asia and Australia.

Hayden Paddon: “I am very excited to be working with the TER series and being involved in some of their upcoming championship rounds in Europe. It is clear that the TER is pushing to become an accessible rally championship, not just in Europe but around the world, and we look forward to being a part of it.”

Luca Grilli – TER Promoter and Organiser: “Everyone at the TER is delighted to see Hayden step up from Ambassador to Competitor. I am sure that his experience, enthusiasm and commitment will add to the excitement and sporting value of the series. There are more surprises and great news coming soon… stay tuned!”