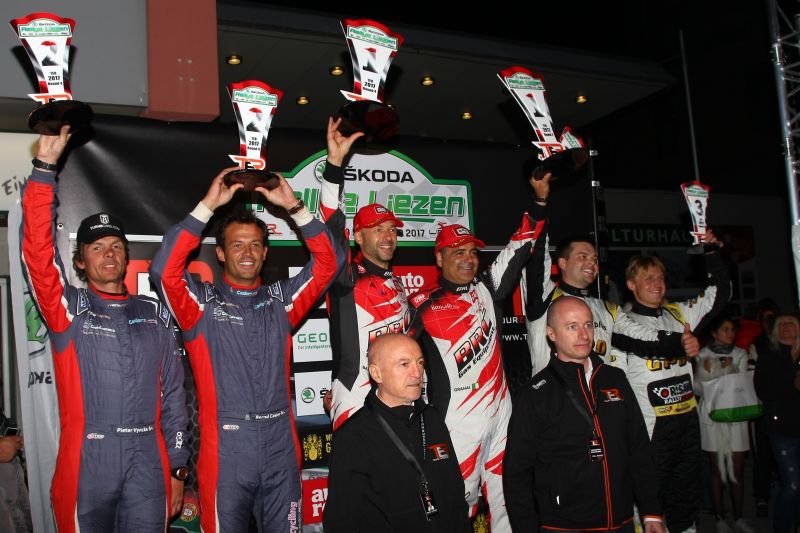 The fourth round of the 2017 TER – Tour European Rally, Škoda Rallye Liezen was won by series leaders Giandomenico Basso - Lorenzo Granai (BRC Racing Team Hyundai New Generation i20 R5). After an inital thrilling fight in the beginning with championship rivals Bernd Casier – Pieter Vyncke (Ford Fiesta R5 – Team Floral) who had taken the lead in the opening stage and held it throughout the first day, the italian crew was fastest on the long saturday opening stage and climbed into a lead which they gradually increased.

Luca Rossetti - Manuel Fenoli took their Toyota Motorsport GmbH GT86 CS-R3 to fourth overall and victory in the TER 2WD Trophy. The Hyundai Motorsport crew of Chewon Lim – Martijn Wydaeghe delivered a great performance with the Hyundai New Generation i20 R5, climbing back up to fifth place after a puncture in the opening stage.

The great battle for the TER2 Cup saw Joachim Wagemans – Francois Geerlandt (Peugeot 208 R2) as winners and sixth overall, after the retirement of their rivals Roland Stengg - Ditte Kammersgaard in the penultimate test.

The updated TER standings can be found here.