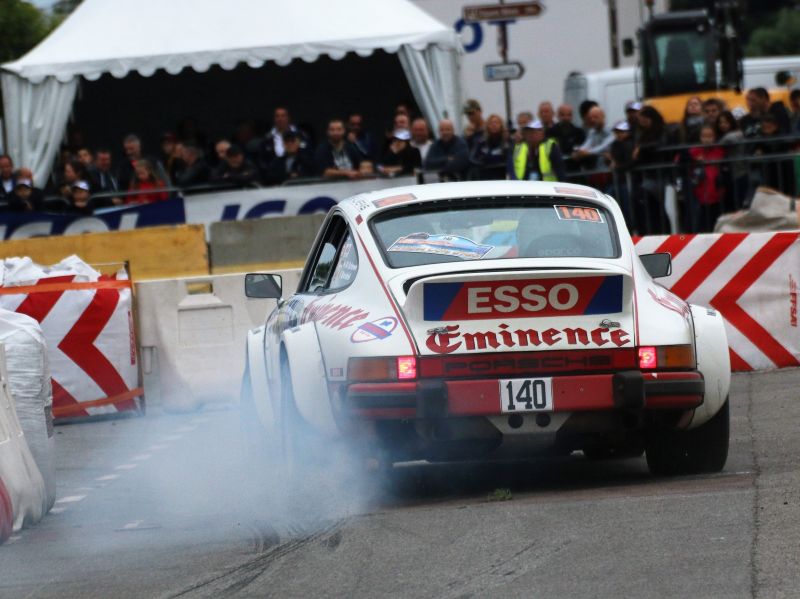 Starting in front of the competitors of the modern rally, they rushed on the roads of the Nice hinterland from the service Park, where they found very difficult weather conditions on wet and slippery roads.

In the first S.S, the shortest, "Greolières" with a total distance of 4, 73km, it is a Belgian crew, Danny KERCKHOF copiloted by Kristof DEJONGHE driving a BMW M3 registered in the TER H J1/J2 Trophy – Tour European Rally J1/J2 Trophy who realizes the best time.

In the TER H – Tour European Rally Historic, the leading crew of the brand new series, the German Heinz-Walter SCHEWE and Frank BLONDEEL on Porsche 911 SC confirm their intentions to win this one by performing the best time of the stage despite difficult conditions at the wheel of their car. They precede the Italian Roberto AMERIO codrived by Enrico PIOVANO on a Volkswagen Golf GTi. In third place, the Dutch Eddy VANDENHOORN and Theo BADENBERG on a Ford Escort RS 1800. Next, the Swiss Alain ROTHLISBERGER and the French Sébastien POGUT driving a Ford Escort RS 2000, the English Timothy METCALFE and John CONNOR on a Ford Escort RS 1800 and then a Swiss crew, Marco MANETTI copiloted by Marco MENCINI on a Volkswagen Golf GTi.

At the end of the  first leg, Heinz-Walter SCHEWE and Frank BLONDEEL with a Porsche 911 SC joined the park fermé in Juan les Pins leading the TER H – Tour European Rally Historic before Eddy VANDERHOORN and Theo BADENBERG on Ford Escort RS 1800. On the third step of the podium, we find Roberto AMERIO and Enrico PIOVANO on their Volkswagen Golf GTi followed by Alain ROTHLISBERGER and Sébastien POGUT on Ford Escort RS2000, Timothy METCALFE copiloted by John CONNOR drtiving a Ford Escort RS 1800 then Marco MANETTI and Marco MANCHINI on a Volkswagen Golf GTi.